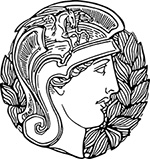 This collection consists of the Providence Athenaeum's annual reports, presented at annual meetings each year and published between 1837 and the present.

Growth of the Providence Athenæum: Examining several benchmark issues of the annual reports (from 1836, 1911 (75th anniversary), and 2018) provides a profile of the institution's growth through the years.

Publication schedule: The first two reports were published in the Providence Morning Courier on March 29 and October 3, 1837. Since 1838, annual reports have been issued once a year. As the fiscal year has shifted, the months documented in annual reports have varied. For many years, the reports have been distributed between September and November, to coincide with annual meetings. Reports from 1979-1989 covered a fiscal year from Sept. 1 through August 31. In 1994 is was stated that "The Providence Athenaeum has changed its fiscal year to run concurrently with the calendar year (January 1 - December 31); this continued through the 2004 report. The 2005 and 2006 report covered an 18-month period (from January 2005 through June 2006) and stated that "Future reports will cover a 12-month period, based on new fiscal year, July 1st through June 30. This has continued to the present time.

Format: With the exception of the first two annual reports published in a Providence newspaper, subsequent annual reports are in manuscript (handwritten into journals, or as separate documents), typewritten in a few cases, and for the most part, published. The page size of reports varies from about 16-28 cm. and number of pages varies from 4 to about 100 pages. Photographs began to appear in the reports by 1911, an issue which includes a glossy photograph of the Providence Athenaeum on Benefit Street and an image from "an old print" of the Arcade Building in downtown Providence.

Content: Some early issues included sections with the full catalog of the Athenaeum's holdings and lists of recent additions to the collection. The 1911 annual report (No. 76) celebrates the 75th anniversary of the Providence Athenaeum "with a history of the Providence Library Company, 1953-1836, the old Providence Atenaeum, 1831-1836, and The Providence Athenaeum, 1836-1911" on pages [17]-55. This same 1911 report includes a list of officers and staff, a report from the Board of Directors to the shareholders, the Librarian's report of activities and circulation numbers, a financial report from the Treasurer, a list of donors of materials (books, pamphlets, and periodicals), a list of proprietors with their Share numbers, and two appendices (Appendix I. Shares and subscriptions, each year from 1837-1911; Appendix II. Additions and circulation, each year from 1837-1911).

Authorship: Early annual reports of the Providence Athenaeum were written by members of the Board of Directors, and submitted by the President of the Board to the Corporation (subscribers, also called proprietors and share-holders) at Annual Meetings. Early Presidents of the Board were John Pitman (1836-1856), William S. Patten (1856-1870), William Gammell (1870-1882), and Alexander Farnum (1882-1883). The 1st and 2nd reports, published in the local newspaper, were written by the Board Vice President, William Giles Goddard, who also authored the 4th and 5th reports (1839, 1940). The 24th report (1859) was written by J. Dunham Hedge, the Librarian hired by the Board. In more recent years, the "Librarian" has been retitled the "Executive Director" with expanded duties, and the annual report continues to be submitted by the President of the Board of Directors to the membership.

Gaps in publication: No annual reports were printed for the years 1964-1969. No report was published in Fall 1997 due to a change in the fiscal year.

The Providence Athenæum (1836- ) is an independent, member-supported library and cultural center located in Providence, Rhode Island.

Founded originally as "The Athenæum" in 1836, its progenitors were two earlier libraries: The Providence Library Company, founded in 1753, and the Providence Athenaeum, founded in 1831. When they could not agree on terms for a merger, both organizations dissolved and a new library was formed, which purchased a selection of books and periodicals from the two earlier institutions. Housed originally in the Arcade on Weybosset Street in downtown Providence, the Athenæum moved to its new building at 251 Benefit Street in July, 1838. In 1850, “The Athenæum” was renamed “The Providence Athenæum" by amendment to its charter.