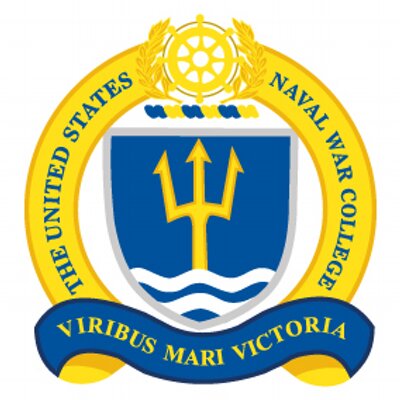 This collection documents the many correspondences throughout Rear Admiral Richard W. Bates Naval career. In addition, some of the materials deal with naval business while others relate to his personal matters. The papers are arranged in four series based on an established file system. In addition to the correspondence, the collection also contains Subject Files regarding such things as Motor Torpedo Boat Squadrons, Pacific Fleet, and Navy official communications; Speeches and Writings that span 1942-1967; and; Miscellany, 1915-1973 which consists of newspaper clippings, citations, invitations and member scrolls.

The collection is arranged into four series, with Series 1, Correspondence, being the most voluminous.

Rear Admiral Richard W. Bates was born in San Francisco, California, on January 16, 1892, to Henry Lester and Helen Rixon Bates. He was appointed to the United States Naval Academy from the Third District, California, in 1911 and graduated in the Class of 1915. His first duty assignment was on board the USS YORKTOWN (GBT-1) stationed in Central American waters. From YORKTOWN he went to the USS CINCINNATI (C-7), operating on the east coast of South America, where he served as Executive Officer until 1918. He was Executive Officer in the USS SPROSTON (DD-173), 1919-1920.

In 1920 Bates attended the Naval Post Graduate School in Annapolis, Maryland. The following year found him at Columbia University, studying electrical propulsion of ships. Awarded a Master of Science degree in June 1922, he continued instruction in electrical engineering at General Electric, Schenectady, New York, and Westinghouse Electric, East Pittsburgh, Pennsylvania. This was followed by duty as the Electrical Officer in the USS MARYLAND (BB-46), 1922-1925; assistant in engineering at the Post Graduate School, 1925-1927, and Engineering Officer in the USS RICHMOND (CL-9), 1927-1930.

When the war broke out, Bates was a student at the Naval War College, Newport, Rhode Island. He continued at the College as a member of the staff until 1943 when he took command of the cruiser USS MINNEAPOLIS (CA-36). Under his command the ship engaged in the bombardment of Wake Island, participated in the invasion of the Gilbert Islands and sank the Japanese light cruiser KATORI off Truk in April 1944.

During May-August 1944, Bates was on the staff of the Commander in Chief Pacific Fleet. In September he served with the Commander Cruiser Division Four as Chief of Staff of the Bombardment, Fire Support and associated groups of the Seventh Fleet during the Philippine Islands campaign. December found him Chief of Staff and Aide to Commander Battleship Division Two and involved in the Lingayen-Luzon and Okinawa operations. This was followed in May 1945 by his appointment as Commander of the Motor Torpedo Boat Squadron, Pacific Fleet and in December of the same year with appointment as Chief of Staff to Commander, Philippine Sea Frontier.

Bates returned to the Naval War College in 1946 as Head of the Department of Research and Analysis which was tasked with studying Second World War naval battles. Retired in 1949, he remained with the College, continuing his battle analyses in charge of what now had become the World War II Battle Evaluation Group. Although the work was not completed, the project was terminated in 1958.

In 1969 Bates was appointed Vice President of the newly formed Naval War College Foundation, Inc., a private, non-profit association founded to support College programs not covered by appropriated funding. He was elected president in 1972, serving in that capacity until his death on December 27, 1973.