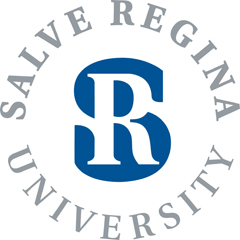 Ochre Court, Newport, RI, 1892-1897
0.417 Linear feet (11 folders)
The files in series 1 date from 1892 to 1897 and represent 0.417 linear feet. This series documents the later stages of construction, landscaping and furnishing of the mansion. There is very little information about the planning and design process or the primary construction of the building.

The folders titled "Expenses related to construction..." contain many receipts and correspondence from Richard Morris Hunt, who seemed to be working as the project manager, overseeing even the last stages of decoration and exterior work. Receipts from his firm cease shortly after his death in July 1895. The "landscape expenses" files document work that was done on the grounds after the Olmsteds' work was completed. Some of these details were overseen by James H. and Ernest Bowditch. Many Newport companies from the turn of the century are represented in this series, and many local individuals are named.

Digital reproductions of the materials in this series are available at http://digitalcommons.salve.edu/ochre-court.
Ochre Court, commissioned by Ogden Goelet as his family's summer residence in Newport, was the first of four Newport mansions designed by Richard Morris Hunt. As the country's foremost architect in the late 19th century, Hunt drew inspiration for the 50-room limestone palace from late Gothic French architecture. Inside the house, Hunt utilized design elements from French renaissance chateaux and churches to create a three-story Great Hall, from which radiate impressive ground floor reception rooms such as a dining room, ballroom, and library. Private upstairs family rooms were richly designed with imported antique fireplaces and lavish wall coverings. Hunt emphasized the Goelets' social position and their patronage of learning and the arts with exuberant decoration in classical ceiling paintings, royal heraldic devices, carved emblems and statues, and a rich collection of antique stained glass. Many of the furnishings were obtained through high-end dealers such as L. Alavoine, Jules Allard Fils, and L. Marcotte. Hunt brought in other experienced New York companies such as James Sinclair & Co. to erect the stonework and Ellin, Kitson & Co. to carve the Caen limestone interiors and gilded woodwork. Ochre Court was one of the first fully electrified residences in Newport, using its own generator. Construction of the house officially spanned the years 1888 to 1891, but it appears that many smaller tasks of decorating the interior and completing the gardens continued well into the mid 1890s.

It was Robert's gift of Ochre Court to the Religious Sisters of Mercy in 1947 that established Salve Regina College.

New York City real estate, 1893-1899
0.25 Linear feet (19 folders)
The files in series 2 date from 1893 to 1899 and represent 0.25 linear feet. This series documents expenses related to real estate in New York City owned by the Goelets. Most properties are listed by address. The files include some bills to Ogden that were paid posthumously by business managers and some invoices from Department of Water Supply, Consolidated Gas Co., and the city of New York. While it shows a representative picture of their real estate investments, this series does not describe the family's entire holdings.

Digital reproductions of the materials in this series are available at http://digitalcommons.salve.edu/goelet-new-york.

Interior furnishings and objects, 1882-1897
0.25 Linear feet (7 folders)
The files in series 3, Interior furnishings and objects, date from 1882 to 1897 and represent 0.25 linear feet. This series documents some of the purchases made by the Goelets when furnishing and decorating their homes in Newport and New York City. In some cases, it can be difficult to determine whether furnishings were intended for Ochre Court or for the New York residence. Some clues can be gleaned from dates and the addresses where the bills were sent. Papers from Allard Fils, Ch. Rafard, and other European sources are written in French

Digital reproductions of the materials in this series are available at http://digitalcommons.salve.edu/goelet-interior.

Personal expenses, 1881-1949
0.292 Linear feet (12 folders)
The files in series 4, Personal expenses, date from 1881 to 1949 and represent 0.292 linear feet. This series documents individual purchases of personal items. Personal expenses are defined to include any non-furnishing and non-real estate expenses, such as clothing, books, wine, household and yacht supplies, fishing supplies, etc. The folder with Ogden’s shipping receipts provides some understanding of the transport of furnishings from Europe to his homes in New York City and Newport.

Digital reproductions of the materials in this series are available at http://digitalcommons.salve.edu/goelet-personal-expenses.

Miscellaneous, 1883-1928
0.042 Linear feet (7 folders)
The files in series 5, Miscellaneous, date from 1883 to 1928 and represent 0.042 linear feet. This series contains various correspondence, legal documents, and papers that do not fit into other series.

Digital reproductions of the materials in this series are available at http://digitalcommons.salve.edu/goelet-miscellaneous.