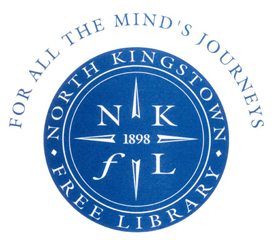 The central figure in this collection is Pardon Tillinghast Hammond (1792-1872) of Wickford, RI, the longtime cashier of North Kingston Bank. Among his papers are an 1847 draft letter to President Polk concerning a local customs house appointment; a pair of small daybooks from 1829 to 1834; a bundle of 38 documents relating to his work securing pensions for Revolutionary War veterans, 1835-44; and two folders of papers relating to his banking work.

Also notable are a group of 48 documents from Washington Academy in Wickford, which has been described as Rhode Island's first teachers college. Included are the school's original minute book from 1800 to 1802, a minute book from its revival from 1833 to 1850, and numerous loose minutes, subscription lists and receipts. The collection also includes 4 documents from the Wickford Library Society: 3 subscription lists from 1829, and a slim volume of the library's purchases and loans from 1829 to 1835.

The collection also includes a 1740 bill of sale for an enslaved man to Joseph Hammond (1690-1776); a 1783 work agreement between Jeremiah Gardiner and Black man Lonnon/London Phillips; scattered papers from grandfather and father William Hammond Sr. and Jr.; and a few papers of his unmarried daughters Mary and Ruth, as well as a few related Stanton family papers and other Wickford material. It also includes 5 letters written by Pardon's son William P. Hammond from Cuba in 1861 and 1862; genealogical notes; copies of early Indian deeds; salary statements of North Kingstown port surveyor William Hammond; a detailed labor and staff list for an unidentified textile manufacturer, 1856; and an 1814 letter by prominent Wickford man Daniel E. Updike from the Little Rest jail, describing his recent bout of "partial insanity."

Joseph Hammond (1690-1776) settled in North Kingstown at location which came to be known as Hammond Hill, located near the present day intersection of Gilbert Stuart and Tower Hill Roads. His grandson, William (1766-1827), a merchant, banker and port surveyor, built the home at 49 Main St. in Wickford in 1798 and the family later bought more Wickford properties. William was a founder of the North Kingstown Bank. His son, Pardon Tillinghast Hammond (1792-1872), started his career as a clerk at a mill in Belleville and later served as cashier of the North Kingstown Bank from 1818-1867. He also served as secretary of the board of trustees of the Washington Academy in the 1830s. A circulating library, the Wickford Library Society, was housed in the Academy at about this time.