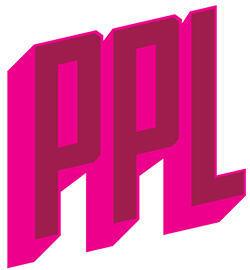 The Collection includes records and collected artwork of AS220 from 1983-2017. Annual accruals are expected. The materials in the collection represent the work of a wide variety of artists and performers as well as the organization. Researchers will find evidence of a complex, creative community with a national reach and strong impact on the streetscape of an urban downtown area.

The bulk of the collection includes artwork and communications/public relations-related records. The collection also includes documentation of administrative decisions and interactions, major AS220 programs, AS220 Youth and Action Speaks, residency and property programs, fundraising efforts (Building Box, Build AS220, Fools Ball), and AS220 Industries.

AS220 originated in Providence, Rhode Island in 1985 as an artist-run organization committed to providing an unjuried and uncensored forum for the arts. Retaining that mission, the organization has grown to over 100,000 square feet in downtown Providence representing a $25 million investment in urban revitalization. The City of Providence is now broadly recognized for its exceptional revitalization-based support for the creative economy and creative placemaking.

As a part of its mission to provide space for artists and provide space for creative placemaking, AS220 has been integrally involved in occupying, renovating and revitalizing locations in downtown Providence. AS220 was founded in 1985 by Umberto "Bert" Crenca, Susan Clausen and Scott Seabolt. The organization began at 220 Weybosset Street as a gallery, studio and performance space above the Providence Performing Arts Center. The name of the organization comes from the space's intent as an “Alternative Space” and the space's address. Initially a small gallery and performance space with 6 studios, AS220 expanded in 1986 with its move to 71 Richmond Street, increasing performance capability and studio space, before fundraising for a new space. Over the years, AS220 has moved and expanded to a number of properties. Each expansion resulted in developments in the organization's programs.

Following a manifold fundraising campaign and a loan from the City of Providence, AS220 purchased the Empire Street complex in 1992. The building was historical, and needed extensive renovation before the organization could move in. In 1993, they moved in with partners Groundwerx, a dance company, and Perishable Theatre, establishing an arts collective. Following the move to the Empire Street building, the organization was able to grow its services, including a restaurant, computer lab, and darkroom. The organization was also able to begin what would become one of its core endeavors: its youth programming. Now known as AS220 Youth, the programs began in forms such as Muse Union, Broad Street Studio, both of which were based heavily in outreach through an arts program for youth at the juvenile detention center, Rhode Island Training School (RITS). AS220 briefly rented a garage in the south side of Providence called the Broad Street Studio for its youth programs which later moved into the Empire Street complex. Another long-standing program, Action Speaks, was established in 1995. The program encouraged local dialogue on important issues through discussion with a panel of experts. In 1995, AS220 also established an annual party—initially an April fundraiser—the Fools Ball. By 2005, the event had evolved into a summer festival called Foo Fest. In 1996, AS220 established TV220, a local-access cable show highlighting local artists and AS220 services. In 2002 and 2011 respectively, Groundwerx and Perishable Theatre at the Empire Street building closed and AS220 took up the administration of each space (now Dance Studios and Black Box Theatre).

Following another capital campaign in the early 2000s, AS220 bought and restored The Dreyfus, a historic hotel in downtown Providence in 2006-2007 and the Mercantile Building in 2008. They added tenants to the retail space on the lower floors, and further expanded their programs, including retail tenants, residential studio space, gallery space and Industries. Industries (initially called Cottage Industries) grew out of other services to artists like the Paul Krot Community DarkRoom in the Empire Street building (started in 1994) and the computer lab at Empire Street. It added spaces for artists, media work in printing (called the Printshop), and digital media, fabrication, 3D Printing and other artistic uses for developing technology (AS220 Labs and Media Arts Lab). The spaces provide training in, and rented work space for, all offered media. Further, as AS220's strategies in community work and placemaking proved effective, AS220 began its Practice//Practice program, a training intensive for community leaders.

Postcards and other promotional materials