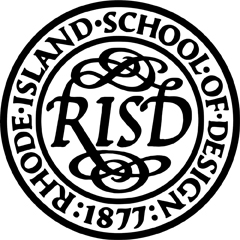 Created by the Board of Trustees on April 14, 1937, the Office of the Executive Vice-President centralized the executive management of the Corporation, previously divided between the Museum and Educational Directors, under the President and the Executive Committee. The Administrative Manual, adopted May 9, 1940, outlined the responsibilities of Executive Vice-President Royal Bailey Farnum including: preparation and supervision of the budget; preparation of the...reports of the Executive Committee; general supervision of all financial and physical operations of the institution; faculty appointments, with Committee approval, and staff hiring; preparation and administration of the educational program; and supervision of publications except for the Museum's. The responsibilities, except for educational program development, transferred to the President in 1947.

The Board of Trustees voted on May 22, 1929 to create the coequal positions of Educational Director and Museum Director. Previously, the Director carried out the duties of the two offices with the assistance of the Dean of the College (1919-1929). Royal Bailey Farnum, appointed Educational Director, served as the administrative head of the institution, except for the Museum, and was responsible to the President and the Executive Committee. As head of the Faculty, Farnum could call and preside over Faculty meetings. He prepared Executive Committee reports and agendas and attended all Committee meetings. The Committee expected Farnum to "take an active interest in the educational policy of the institution and...make such suggestions as he may deem appropriate for the consideration of the President and the Executive Committee." The Board of Trustees created the position of Executive Vice-President after the death of Museum Director L. Earle Rowe.

Royal Bailey Farnum graduated from the Massachusetts Normal Art School in 1906 and received his master's in education from the Cleveland School of Art in 1929. Brown University bestowed an honorary Art D. in 1935. Farnum taught at the Cleveland School of Art (1906-1909) and the Department of Art at Summer School of the South, University of Tennessee, Knoxville (1909-1911). He lived and worked in New York, 1911-1921, holding positions in the Department of Education; the School of Arts and Crafts (Chautauqua); Bevier School of Art (Director), and Rochester Athenaeum and Mechanics Institute (President). From 1921-1929, he served as the Principal of the Massachusetts School of Art, Boston and the State Director of Art Education.

Farnum's numerous professional activities included: Fellow of the Royal Society of Arts; American secretary of the International Federation for Art Education, Drawing and Art in Industry; President of the Providence Art Club, 1941-1945; National Association for Art Education, President; U.S. Delegate to the International Art Congress, 1925, 1928, 1935, and 1937; "School Arts Magazine, " 1916-1919; "Education" magazine; National Conference of Schools of Design, Chair, circa 1946-1947; and the Educational Study Committee of the Hoover Commission.