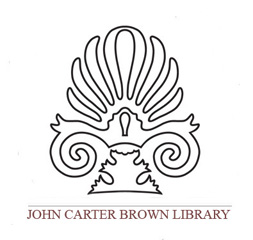 A bookseller, author, artist, ethnographer, historian, politician and librarian, John Russell Bartlett was an individual of varied academic interests. The John Russell Bartlett Papers are a collection of materials that represent records of his professional life, shown through business dealings and academic endeavors, as well as personal correspondence. The Papers also contain eleven volumes of the Mexican Boundary Survey Commission Papers, a collection of bound correspondence, official government dispatches, journals, scrapbook and a series of watercolors and drawings. Also included in the Bartlett Papers are two composition books created by Eliza Rhodes Bartlett, the first wife of John Russell Bartlett, which include calligraphy, poems, short stories and sketches.

The collection is arranged into three series, with six sub-series chronologically and by subject and record type.

John Russell Bartlett (1805-1886) was born in Providence, Rhode Island, but was raised in Kingston, Ontario, Canada, later returning to Providence as a young adult. In 1831, he married Eliza Rhodes (1810-1853) and had seven children, only four of whom survived childhood. Eliza Rhodes Bartlett passed away in 1853. He then married Ellen Eddy (1829-1913) in 1863. Bartlett was an individual of diverse talents and interests, most notably as a book publisher, author, businessman, artist, ethnographer, historian, politician and librarian. He held many prominent positions during his lifetime, including many institutions that are still in existence today. He was a co-founder, librarian, treasurer, and cataloger of the Providence Athenaeum in 1831, co-founder of the American Ethnological Society in 1846 with Albert Gallatin, the corresponding secretary of the New York Historical Society, among many others. He published the first edition of his Dictionary of Americanisms in 1848, the same year he was given an honorary Masters of Arts degree from Brown University. In 1850, he was appointed the position of Mexican Boundary Survey Commissioner by President Zachary Taylor. He held this position until 1853 when he was removed. In 1854, he published a book of his time as Boundary Survey Commissioner entitled “Personal Narrative of Incidents & Explorations in Texas, New Mexico, California, Senora, etc.” From 1855 until 1872 he held the position of Secretary of State of the State of Rhode Island. It was during this time he began an active interest in Rhode Island history by organizing and arranging the state’s colonial records and publishing them. From 1855 until his death in 1886, Bartlett served as advisor and librarian for John Carter Brown’s Library of Americana, and compiled its first catalog, the Bibliotheca Americana, in 1865.