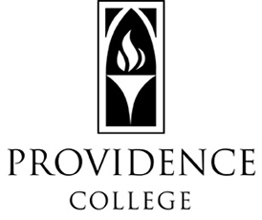 From the 1930's through the 1970's Mrs. Altieri played an active role in Rhode Island's civic and political history. Elected to the Rhode Island House of Representatives from North Smithfield in 1934, she was one of the first women to hold such a noteworthy position in the State. She began serving in the State House during that period of momentous change now known as the "Bloodless Revolution." Material in the Collection reflects her participation in the Democratic coup.

Born May 1, 1895, in North Smithfield, a daughter of Ernest P. and Maria (McCarthy) LaFond, she was a lifelong resident of North Smithfield with a notable career in public service. Prior to 1927, she was a secretary for the U.S. Surgeon General and for six years was a Deputy Collector of Internal Revenue of the Treasury Department in Providence, R.I..

From 1930 to 1936 she was a member of the North Smith-field School Committee, the first woman to be elected to that committee.

From 1931 to 1933 she was an active volunteer for the Woonsocket Chapter of the American Red Cross. When elected to the Rhode Island House of Representatives, she became the first woman of North Smithfield to be elected to a major office.

During her tenure of office she sponsored the Aid to Dependent Children and the Aid to the Blind law and introduced the Civil Service Act in the legislature in 1936. She was active on many committees and later helped to organize the first Old Age program in the state.

She served on the North Smithfield town budget committee from 1943 to 1944, and was a member of the R.I. State Federation of Women's Clubs Legislative Department, R.I. Conference of Social Work, R.I. League of Women Voters, R.I. Association of Public School Officials, American Public Welfare Association, and was director from 1931 to 1936 of the North Smithfield Public Health Nursing Association. For six years she was treasurer and for two years second vice president of the Woonsocket Fortnightly Club.

Mrs. Altieri was the North Smithfield Public Welfare director in 1961 and 1962 and again resumed the post in 1965. She also served as a member of the governor's advisory committee of the R.I. Social Service Index.

During her term as a Rhode Island state representative, she was chairman of the joint legislative committee on public health and vice chairman of both the House Education and Public Welfare Committees.

She was also an auxiliary member of the Woonsocket Hospital Aid Association and corporate member of Butler Hospital and Emma Pendleton Bradley Hospital, Providence, R.I..

Her involvement in politics and career in public service was motivated by a keen and wide-ranging interest in and involvement with others. In spite of personal obligations and health problems, she belonged to many civic and charitable organizations through the years; but these enduring relationships exemplified her concern for the health, education and welfare of her fellow citizens.