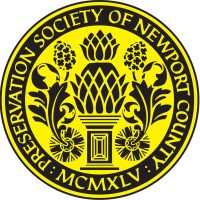 This collection has been fully digitized and is available for viewing onling at newportalri.org

Mrs. William K. Vanderbilt was born Alva Erskine Smith to the successful cotton broker Murray Forbes Smith and his wife Phoebe Ann Desha in Mobile, Alabama on January 17, 1853. When the Civil War made the family's social life in America untenable and ruined them financially, they relocated to Paris. They returned to the United States four years later, and Alva began making strides to advance herself in New York society in order to re-establish her family's wealth and social standing. Her childhood friend Consuelo Yznaga assisted Alva by introducing her to William Kissam Vanderbilt in 1874. William (born December 12, 1849) was the third child of William Henry Vanderbilt and Maria Louisa Kissam and the grandson of Cornelius "Commodore" Vanderbilt, who had built the shipping and railroad empire on which the family's substantial fortune had been made. By the time of Alva and William's meeting, the Vanderbilt family was the richest in the world. Despite their exorbitant wealth, the Vanderbilts had nevertheless been snubbed by Mrs. Caroline Schermerhorn Aster, the then undisputed leader of New York high society, who disapproved of the nouveau riche in general and "railroad money" in particular.

Alva and William married in 1875, a year after meeting, and would have three children. However, the marriage was an unhappy one, with Alva's domineering will and strong opinions ever at odd with William's gentle and non-combative nature. She considered him to be a "weak nonentity," while he increasingly left her to her own devices rather than be subjected to her haranguing. The chief occupation to which she dedicated herself was the building and decorating of mansions. In 1879 Alva turned her attention to the creation of a new Manhattan residence and contracted Richard Morris Hunt, one of the most prominent and influential architects of the era. Located at 660 Fifth Avenue on the corner of Fifty-Second Street, the French chateau-style mansion took three years to complete.

On March 26, 1883, Alva hosted a lavish 1,200-guest fancy dress ball as a housewarming party for the newly completed mansion. The purpose of the ball was not just to celebrate the completion of the opulent residence; it was also a strategic maneuver designed to thrust the Vanderbilts into the echelons of New York high society. The sheer financial excess of Alva's ball made it the most anticipated social event of the year, which even Mrs. Astor could not afford to ignore. When Mrs. Astor called on the Vanderbilts in order to secure an invitation for her daughter, she effectively demonstrated her acceptance of the family as members of high society, just as Alva had wished.

Born in 1849 to a wealthy Cuban family, Mora initially studied painting in England. When an 1868 independence uprising in Cuba forced his family to emigrate to the United States, he left his studies to join them in New York City. There he found employment in the city's preeminent photography studio, and eventually opened his own studio in 1870. Mora quickly amassed the largest collection of hand-painted portrait backgrounds in the world as well as an astounding array of props, all of which made him the photographer of choise for the famous and well-to-do within the decade. His fantastical and dramatic style of portrait photography was especially popular for commemorating the fancy dress balls, tableaux, and other social events favored by American high society. After abruptly closing his studio in 1893, Mora faded into obscurity and eventually died in 1926.